Approaching the liver cancer microenvironment with a new lens

Intensive research efforts led by a hospital president in China are shedding light on enhanced decision-making for therapeutic strategies for liver cancer.

Since 2009, Tingbo Liang, chairman of The First Affiliated Hospital, Zhejiang University School of Medicine, has led research into the physical, biological, and immunological microenvironments of liver cancer. Here, Liang explains his latest hepatocellular carcinoma (HCC) research projects, which have also been shaped by his clinical experience and priority, as well as emerging technologies which dig deep behind the underlying mechanisms. 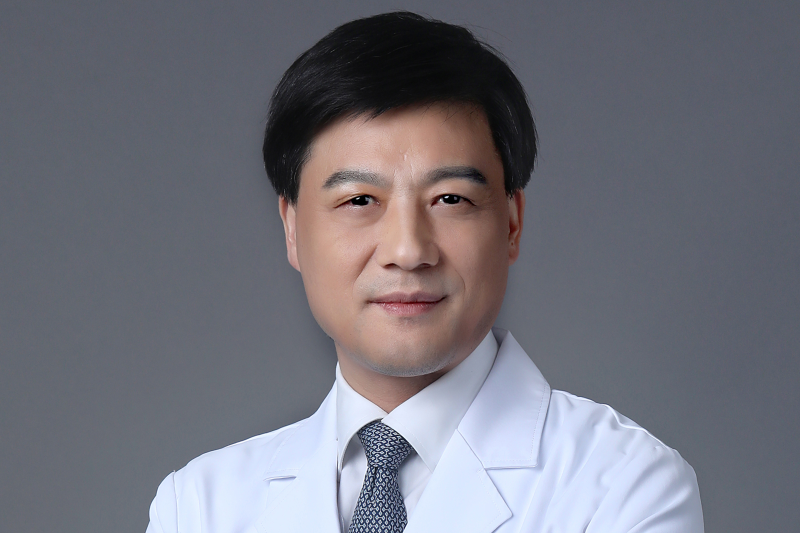 Let's begin with your analogy regarding the microenvironment of liver cancer.

We can consider the tumour as a bandit's base in a village, from which a community of different functional units grows — the millions of cells involved in the tumour microenvironment. They behave like different villagers, as well as police guards. One of the long-standing challenges for oncologists is to understand why the different kinds of immune cells cannot stand guard and perform their duties. And why they even 'join the dark side' in the face of cancer.

'Cold tumours', for example, have rare infiltrating lymphocytes and have poor response to immunotherapies. Understanding the underlying mechanisms that keep T cells from attacking the tumour cells, and killing them, is critical. Answers can be revealed via researching multi-dimensional factors and topological features of the tumours.

This also illustrates our research trajectory so far. Our version 1.0 research model zoomed in on genetics, proteomics, metabolomics, and transcriptomics for specific dissected tissue. We focused on specific aspects of the village. As our model evolved to version 2.0, we looked at the routes and interactions among villagers. While preserving its architecture, we had been looking into cellular neighbourhoods and the diverse cellular components of HCC microenvironment so that we could understand how the intracellular relationships contribute to the development and recurrence of HCC. 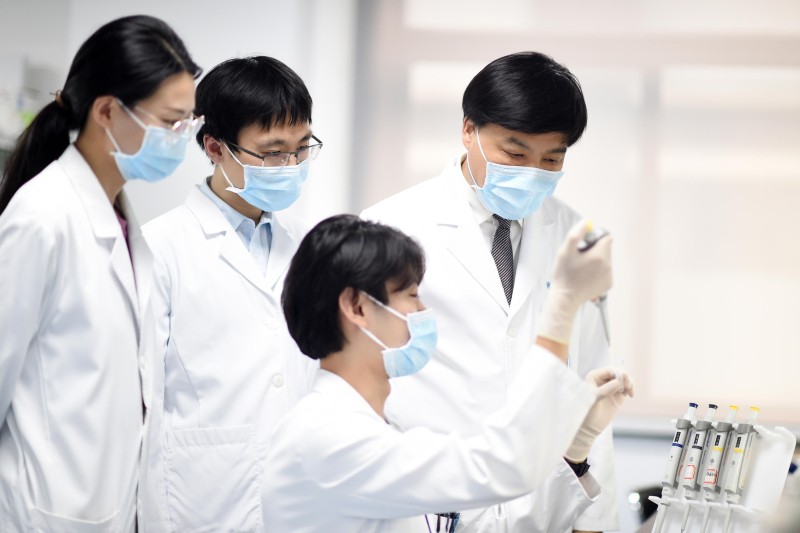 Liang (right) works with his students on the underlying mechanisms of hepatocellular carcinoma.

Can you elaborate on triggers for this microenvironment?

Low-oxygen levels, or hypoxia, result from a rapid growth of tumours which outpaces available blood supply. This triggers the overexpression of hypoxia-inducible factor 1–alpha (HIF-1α) — and I illustrated this with two papers.

In our 2016 paper in Cancer Research, our work suggested evidence on a molecular level for the link between the presence of portal vein tumour thrombosis (PVTT) and the acceleration of tumour metastasis.

PVTT could be understood as a signifiant risk factor associated with poor prognosis for patients. Our findings identified how the blocking of a signalling network involving HIF-1α may warrant further investigation for potential therapeutic effects.

In our 2018 paper in Hepatology, we tried to answer how the dead debris of HCC cells could induce the release of IL-1β by tumour-associated macrophages, and showed via mouse models how IL-1β promoted HCC metastasis.

In the same paper, we also revealed the potential role of an anti-inflammatory strategy in HCC treatment due to a signalling loop, also associated with HIF-1α, between HCC cells and tumour-associated macrophages in a hypoxic microenvironment.

Tell us how you approach HCC recurrence.

This is a topic that our research focuses on time and again, since HCC can reach over 10% in annual recurrence after surgical resection and 70–80% after five years. Our research shows that exosomes can be especially relevant.

In 2018, we published in Oncogene about how HCC-derived exosomes mediated the promotion of cancer cell proliferation and lung metastases, along with enhanced cell adhesion in the presence of these malignant exosomes. We also identiﬁed that reactive oxygen species generated during mitochondrial oxidative metabolism regulated these adhesive molecules, as well as the role of Smad3 protein and mRNA in the exosome-mediated crosstalk between primary and circulating HCC cells.

In another Oncogene article from the same year, we demonstrated how these exosomes played a role in the tumour self-seeding, which occurred when circulating malignant cells re-inﬁltrated the original tumour. We showed evidence for how circulating tumour cells with tumour-derived exosomes promoted self-seeding by enhancing the invasive and migratory capabilities of recipient HCC cells.

What's next for your studies of liver cancer?

We have been developing a technique which may enable us to more accurately identify the time a tumour had developed and its staging. A three-centimetre tumour could be three months or three years old. Their biological behaviours can predict the prognosis and also affect the effectiveness of treatments.

Ultimately, we aim to reverse the progression of cancer both in terms of staging and operability.